Dominican Sisters of Mary > News + Events > Recent News + Articles > Featured > Thanks be to God for our Sisters who made Professions!

Thanks be to God for our Sisters who made Professions!

We give thanks to God for the incredible young women who made Vows! They are a gift to our community and the Universal Church. In professing Vows, the Sisters freely dedicate themselves to a life of consecrated chastity, poverty and obedience. Contrary to worldly wisdom, they are not running away from the world or themselves but are passionately embracing the living God, whom they love above all things. After three years of initial formation and prayerful discernment, the Novice freely lays down her life as a holocaust to become part of the beating heart of Holy Mother Church.

On July 25, seven of the Sisters professed their Perpetual Vows as “brides of Christ”, promising to joyfully live the vows of poverty, chastity and obedience for all their lives. Two days later, on July 27, six other Sisters professed their Temporary Vows. Both of these solemn Masses were attended by many of the Sisters’ family and friends, as well as various bishops and priests from all over the country, who came to celebrate with us.

Finally, in a private ceremony, the Postulants took the next step in religious life as they entered the Novitiate and received the white Dominican habit and veil, as well as their new religious names. Praise God! On July 25, seven Sisters prostrated themselves and made vows to live consecrated chastity, poverty and obedience “for all their lives” On July 27, six Sisters made First Professions (pictured) and received their black veils 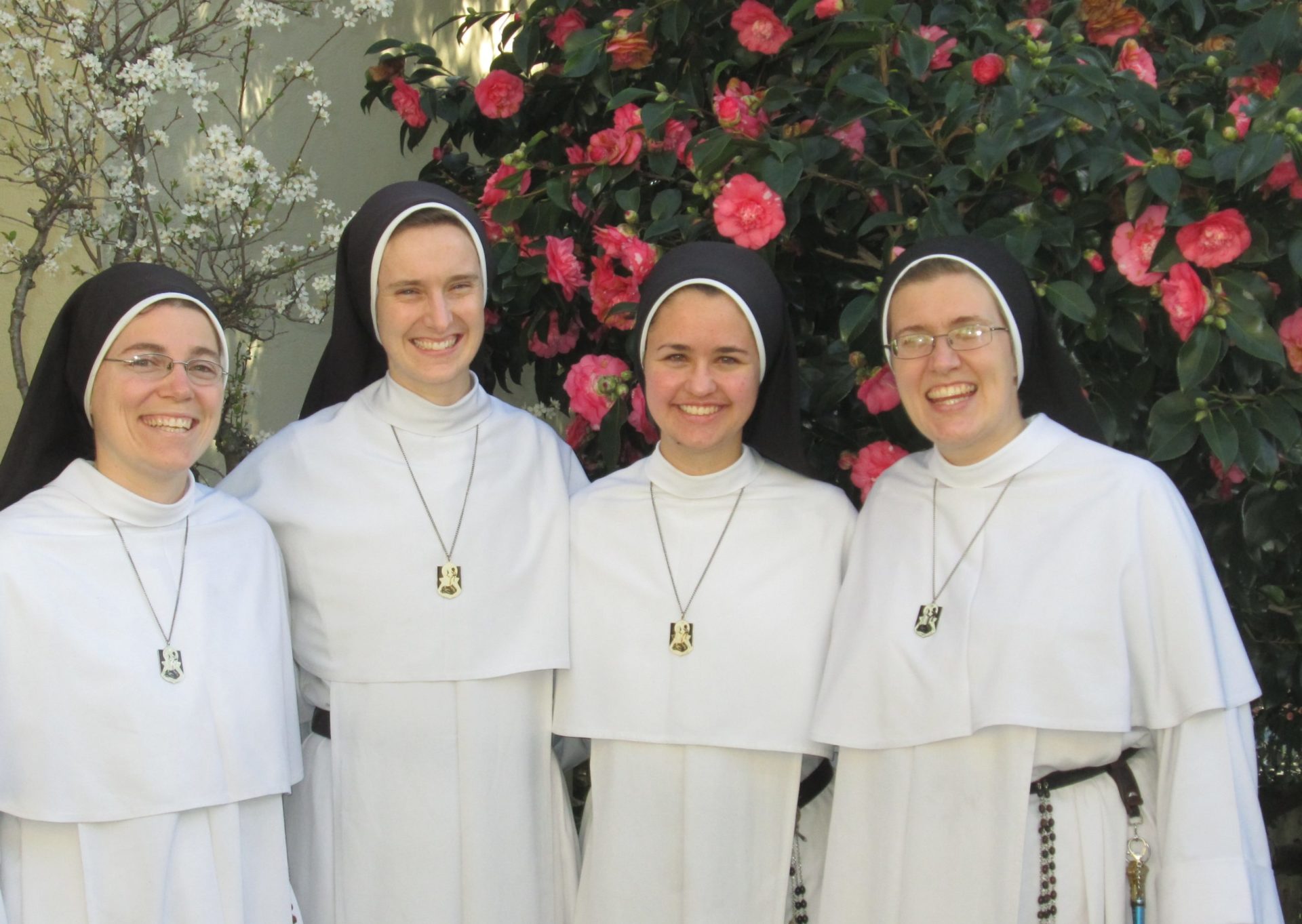